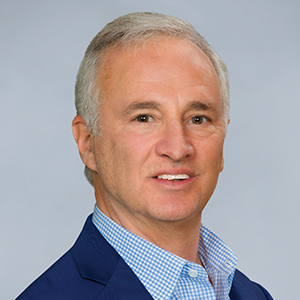 Dr. Silverman is a Board-Certified Ophthalmologist, specializing in LASIK surgery for the correction of nearsightedness, farsightedness and astigmatism. He offers premium IOL…

Dr. Silverman is a Board-Certified Ophthalmologist, specializing in LASIK surgery for the correction of nearsightedness, farsightedness and astigmatism. He offers premium IOL cataract services, as well as femtosecond laser technology. EyeCare 20/20 was the first practice in New Jersey to offer LASIK on the VISX Laser in their own office. He is also the first ophthalmologist in NJ to use the Allegretto Wave laser. Dr. Silverman introduced laser assisted cataract surgery to New Jersey in 2013, and specializes in the implantation of all premium IOLs including the latest multifocal and toric lenses to reduce the need for glasses following cataract surgery. He has performed thousands of LASIK surgeries since its approval in 1996.

As a LASIK eye surgeon, Dr. Silverman has been featured prominently in several publications including USA Today, the New York Times, Hemispheres magazine, the Star Ledger, and the Daily Record. Additionally, Dr. Silverman has appeared as a guest ophthalmologist on the Health Network. He has participated in several on-line events, including a webcast on TheHealthNetwork.com and a live chat on ABCNews.com. He has also published several papers on refractive surgery.

Dr. Silverman, continuously strives to stay knowledgeable and current with the latest practices and research in the field of ophthalmology. In order to do this, he often looks to the Journal of Refractive Surgery, when it comes to finding new information and research involving Refractive Surgery. Therefore, it was a true honor when Dr. Silverman was asked to become a guest reviewer for this popular publication. As a reviewer, Dr. Silverman helps to ensure that each article is up to date in its findings and applications, and that the article is pertinent to other refractive surgeons in the field of ophthalmology. For over 30 years, this publication has served as one of the leading sources for information and research on refractive surgery, and Dr. Silverman is honored to be a part of the process. Dr. Silverman was also recently recognized with the 2022 ASCRS Foundation Operation Sight Volunteer of the Year award.

In his spare time, Dr. Silverman enjoys photography, mountain biking, skiing, scuba diving, and playing squash. He and his wife Melissa have 3 children and 3 grandchildren. They live in Mountain Lakes, New Jersey.