Dorks We Loved: Our Favorite Characters Who Knew How to Rock their Specs

For most of us, growing up and having to wear glasses wasn’t too fun. Nowadays, society is way more accepting to those kids who have to wear glasses than they were in the late 1980s, the 1990s, and 00s. Then again, there were some pretty cool characters who knew how to rock their glasses. In a tribute to them, we wanted to remember how they helped us get through days of taunting by reminding us that hey—we weren’t alone!

Ah, yes, Chuckie Finster, the cautious toddler who not only always tried to warn everybody that—maybe that’s not such a good idea, but that hey, glasses can be cute at any age. Chuckie’s friends in his baby social circle, Tommy, Phil, Lil, and even Angelica (who, let’s face it, wasn’t the nicest), were always accepting of Chuckie and never made fun of him being optically challenged. 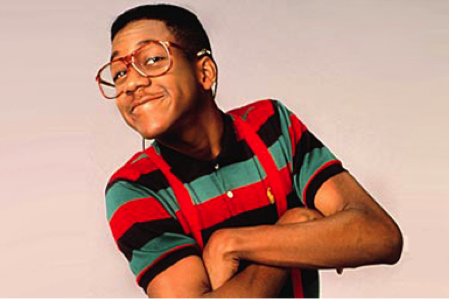 Oh, that Steve. Now, maybe Steve was made fun of—but was it because of his glasses? He was known as the geek down the street with the thumping heart and wild love for Laura. Each time he knocked on the Winslow’s door, everyone watching would crack up. Laughter like that takes away any negative attention from the fact that this kid’s eyesight wasn’t perfect, but the love in his heart sure was! 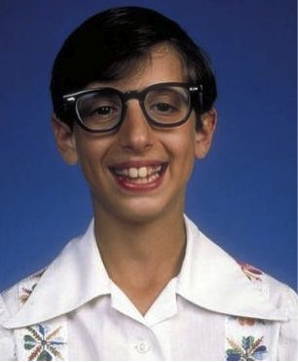 Was there ever a more loyal friend to Paul? There when Kevin was going through the trials and tribulations of adolescence and mooning over Wendy from afar, Paul was always nearby his friend to lend support. Sure, right along with Kevin, he wasn’t the most popular kid in school, but looking back on this loveable sitcom, we don’t define him as the spectacle-wearing character, but as a true-blue buddy, who always stuck by through moments of embarrassment, melancholy, laughter, and of course—all of those creepy voice overs. 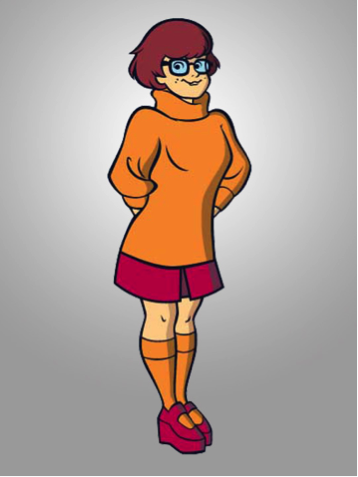 We remember Velma as the girl who can’t see without her glasses! But jeepers, she was so much more. Velma was one of the first women most of us can remember as being depicted as intelligent. Her book smarts helped the Scooby gang solve many a mystery. It was hard to not associate Velma with her specs but in this case, they weren’t a hindrance, but instead a great help. 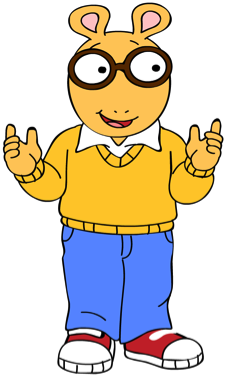 Arthur the Aardvark may have been known for wearing glasses. But only really because, well—where else have you seen an aardvark wearing glasses? The show Arthur got many of us through an afternoon after grade school and despite having to wear glasses, we learned a lot about how fun it was to learn and be a kid. No one cared that Arthur wore glasses, everyone just had a good time. Ah, if only recess were that simple for you at the time! 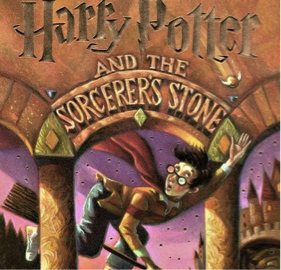 Okay, so maybe Harry wasn’t born in a television show and sitcom, but we couldn’t just not mention him. The Boy Who Lived wore glasses and sure, now and then they may have broken, but that could be fixed with magic. We soon learn that although Harry’s eyesight isn’t the best, nothing will hold back such a perseverant character. The people Harry surrounds himself with like Hermoine, Ron, Hagrid, and others were a testament to us that it didn’t matter if his glasses made him look a little dorky—he had the support of his friends and beyond that, he had magic!

Who Inspired Your Love of Specs?

We hope that nowadays you don’t need these characters to be confident in wearing glasses. That said, have you ever considered LASIK? It’s certainly an option for those who are confident but are interested in the convenience of not having to wear glasses anymore. That said,  know that it would be impossible for us to cover all of our favorite spectacle-wearing characters here. Did we miss any? Feel free to comment below on our blog or get in touch and tell us while making a consultation!