It is no secret that, as we get older, certain aspects of our body begin to fade away with time. For some people, it may be the strength and agility of their body, while others will notice the first signs of aging in their senses, such as hearing and eyesight. Many of these age-related problems are inevitable and will not make too large of an impact on our day-to-day lives. However, others can often be disruptive and even limiting to our daily functions.

Two such vision problems that ophthalmologists encounter frequently in adults over the age of 60 are cataracts and age-related macular degeneration (AMD). While at first glance, these two conditions may seem unrelated―cataracts are a problem in the eye’s lens, while AMD involves the retina―many studies have been published which have found that cataract surgery is likely to benefit patients with AMD at all stages of the disease.

To fully understand the benefits that cataract surgery can bring to a patient with AMD, it is first important to understand what this condition is. Age-related macular degeneration is a disease that is often associated with aging, and it gradually destroys a person’s sharp, central vision. This type of vision loss is especially significant because our central vision is necessary for seeing objects clearly, and for performing common daily tasks, such as reading and driving. 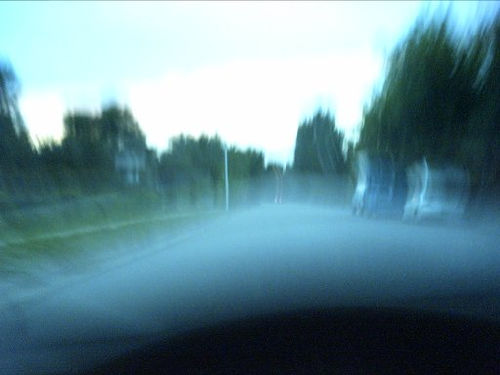 In some cases, AMD may advance so slowly that most people will notice little to no change in their vision. However, in others, the disease progresses faster and may lead to a loss of vision in both eyes if not treated.

For a long time, people were unsure of whether or not cataract surgery was safe for someone who suffered from AMD. However, in the last few years, many studies have been published that finally unveil the answer to that question. Although clinical signs of AMD at the time of cataract surgery have often been associated with longitudinally worse visual outcomes, a recent study in the Journal of Cataract and Refractive Surgery shows that, in fact, most patients with AMD had better corrected distance visual acuity (CDVA) 10 years following their cataract surgery than before.

Visual acuity is the acuteness of clearness of vision, which is dependent on the sharpness of the retinal focus within the eye, and the sensitivity of the interpretive faculty of the brain.

This study conducted an exam of 810 patients who were undergoing cataract surgery. Participants were evaluated during the course of 1 year and clinical eye exams and CDVA measurements were performed preoperatively and postoperatively, as well as 5 and 10 years postoperatively. Researchers found that more than 75% of patients with AMD had better CDVA 10 years after the cataract surgery than before it.

Another study which evaluated the visual acuity of 1,939 eyes from 1,244 patients in various stages of AMD after they had undergone surgery found that, on average, visual acuity improved after cataract surgery in patients with AMD ranging from mild to advanced. About 12 months later, improvement in visual acuity remained statistically significant in 865 eyes that were available for a follow-up.

Cataract surgery can have many other benefits for people who are suffering from age-related vision problems, including patients who have AMD. To schedule your free vision consultation today and learn more about AMD and cataract surgery, contact the experts at OCLI.