The Marvel of Laser Eye Surgery 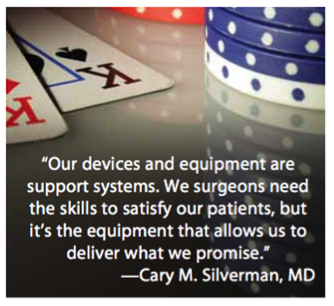 The use of lasers to improve eyesight has become a relatively common practice these days, but it wasn’t always this way. Eyes are delicate and precious but also an extremely complex part of the human body. With such complexity, it was difficult for doctors to combat the natural deterioration that occurs has humans age. There were temporary solutions such as glasses and magnifying glasses to help ease the strain of reading as eyes became weaker, but there were not reliable surgical options that could improve eyesight in the long term.

How did lasers come to be an eye treatment?

This need for longer-term eye care sparked the imagination of Josef Bille, one of the pioneers of laser eye surgery. Based out of Heidelberg, Germany, he dedicated his life to find a way to combat the effects of aging on eyesight and still continues that fight today. His goal: to eliminate blindness in humans within the next 10 years. While his goal may seem lofty, the knowledge he has gained over the years through research qualifies him to make this type of statement.

Alongside his PhD students in Germany in the 1960’s, Bille was inspired by the lasers, which, at the time, were used as weapons. He repurposed them to be used as an eye treatment and, in 1986, developed the successful laser eye procedure that most people are familiar with today.

How does it work?

The process of laser eye surgery can be broken down into four major steps. To begin, a scan of the eye is done to create a 3D map of the cornea. The scan helps to reveal imperfections or bumps on the surface of the eye that need to be addressed during the surgery. Once these imperfections have been identified, the next step is to peel back a part of the cornea to reveal the imperfections. After the outer layer of the cornea has been cut, a laser is used to smooth the bumps in the cornea and then, finally, resealed by another type of laser.

Interestingly enough, Bille himself was the guinea pig for the first procedure done back in the 1980’s. With deteriorating vision and short sightedness himself, he felt that a successful test run on his own eyes would make him more confident to perform it on others. In the end, his risk paid off and the procedure was extremely successful.

The likelihood that you, or someone you know, has had laser eye surgery is pretty high. In fact, the procedure has been performed on more than 28 million people (and counting) with a more than 95% success rate.

What is the future of lasers in ophthalmology?

To meet his goal of eliminating blindness in the next decade, Bille continues to research to find ways to improve overall eyesight. Currently, his research targets the retna in the back of the eye with laser procedures. By studying the retna, Bille hopes to prevent a variety of diseases, including those that cause blindness.

All in all, the future of optical health is looking bright, due in large part to the contribution from Josef Bille. If you would like more information about laser eye surgery or other procedures offered at OCLI, please contact us to make an appointment today.