Kids Who Play Outside Reduce Their Risk Of Nearsightedness

Playing outside can help to reduce your child’s risk of developing myopia.

Now that school has officially begun for many kids across the country, their afternoons spent playing outside with friends and riding bikes to their local parks are slowly coming to an end. Instead, many kids are seeking refuge on the couch or in front of their favorite video game in order to burn off some of the steam brought on by the stress and pressures of school. 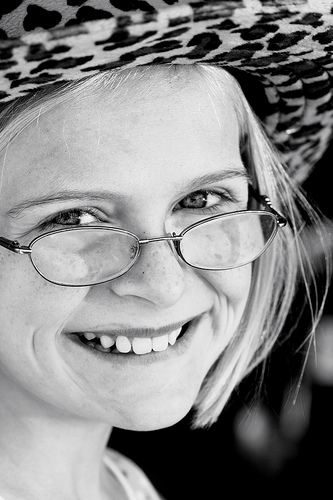 However, with only a few short months left of warmth and daylight for many of us, it is more important than ever that kids are putting down the video game controller and spending as much time in the natural outdoors as they can. Not just to increase their physical activity levels and spend time away from the television, but also because it may decrease their chances of developing myopia.

Myopia (also commonly referred to as nearsightedness) is a optical problem that is common in children, which creates a condition in the eyes causing blurred vision and trouble seeing. While many people used to believe that increased exposure to television and video games was the culprit for increased myopia in children, recent studies are now showing that their time spent outdoors may be a more significant contributing factor.

When a child is indoors, whether they are playing on the computer, finishing up their homework or simply talking to their siblings, their eyes do not bother to adjust to see things that are far away. Over time, the more that they stay inside and do not strengthen this ability, their eyes begin to change shape and lose the ability to adjust to far away sights.

However, when you are outside, you are constantly focusing on things far off in the distance, such as a car down the street, a football that is being tossed back and forth, or an airplane that is flying overhead. In fact, spending time outdoors has such a significant impact on a child’s vision that, in a 2008 study in the journal Ophthalmology, it was discovered that 12-year-olds who spend more than 2.8 hours outside each day were significantly less likely to develop myopia than 12-year-olds who spent less time outside.

Another recent study found that, in Americans aged 12 to 54, the prevalence of nearsightedness increased 66% between the years 1970 and 2000.

Nearsightedness is a refractive error in the eyes that produces clear vision for objects that are near, but blurs objects that are seen in the distance. It is caused by an abnormally steep curvature in the cornea, or sometimes by an elongated eyeball. As a result of this, light rays passing through the cornea will converge at a point before the retina, causing blurred vision when looking at object in the distance.

This common vision problem typically develops during childhood or early adolescence, between the ages of 8 and 10, which is why it is so important that children receive regular vision screenings so that these simple vision problems do not have an effect on their future.

If you think that your child is suffering from myopia  or any other kind of common vision problems found in children, be sure to set up a pediatric eye care appointment at OCLI. After all, your child’s vision is one of the single most important aspects of a successful education and a happy adolescence. Be sure to take care of any vision problems early on in order to avoid possible complications.