Put your eyes at ease with the truth behind common LASIK myths.

There is no doubt that dying is large fear for many people―you never know when or how it’s going to happen, there is no way to really predict or prepare for it, and there is always that unknown question of how you’re going to go. Because of all of the interest and uncertainty that surrounds the topic of death and dying, many books, TV shows and movies have created projects based on the subject ranging from heartfelt and accurate to obscene and, well… untrue!

One such movie, Final Destination 5, is coming out nation-wide in theatres this week and has come up with some of the most interesting death traps yet, including a freak accident in which one of the characters meets their demise during a routine LASIK surgery operation.

If you haven’t heard of Final Destination or seen the past four films, the story surrounds the idea that you cannot escape the fate of your death. However, if you do manage to “cheat death” when it is your time to go, your suffering will greatly increase the next time around. Sounds pleasant, right? 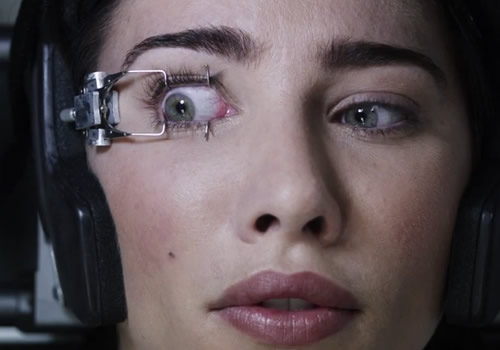 While there are several action-packed death sequences shown throughout the Final Destination 5 trailer― a bridge collapse, an acupuncture appointment gone awry, a girl falling out of a window―one of the most creative scenarios seems to revolve around a women who experiences her horrific demise during a “death by LASIK” procedure.

However, while this gory, cringe-worthy scene may make for interesting story telling, what many people may not realize is that LASIK eye surgery is one of the safest medical procedures performed across the globe.

So, before you head to see the new Final Destination film this weekend (and think twice about ever opting to get a LASIK procedure), we are sharing the truth behind some of the most scary―and untrue―LASIK myths around:

Any case of blindness as a direct result of LASIK has never been reported in the United States. Also, the risk of a serious complication after a LASIK procedure is less than one half of a percent. In fact, the procedure actually yields some of the most positive reactions towards patient satisfaction of any other eye care procedure.

During your LASIK procedure, you will be given a topical anesthetic or numbing eye drops and some valium to ensure that you have a relaxed, comfortable operation. The only thing that you should feel throughout your procedure is a pressure sensation on your eye when your doctor creates the eye flap.

Myth: LASIK Hasn’t Been Around Long Enough To Tell If It Is Safe

Laser vision correction has been widely available in the US since the mid-1990s!  Since then, over 35 million procedures have been performed all around the world to many satisfied patients.

Myth: All Patients Have Horrible Side Effects Post-Operation

When LASIK was first performed, many people experienced mild side effects such as glares or dry eyes following their surgery. However, with a vast improvement in today’s lasers and techniques, these side effects are very rare as long as you go to an experienced LASIK surgeon.

While death by LASIK surgery may make for an exhilarating, frightening on-screen death sequence, this popular laser vision correction procedure is widely regarded all across the world as one of the safest elective procedures in modern medicine. So, if you are off to see Final Destination 5 at the box office this weekend, you can put your eyes at ease with these LASIK eye surgery facts.