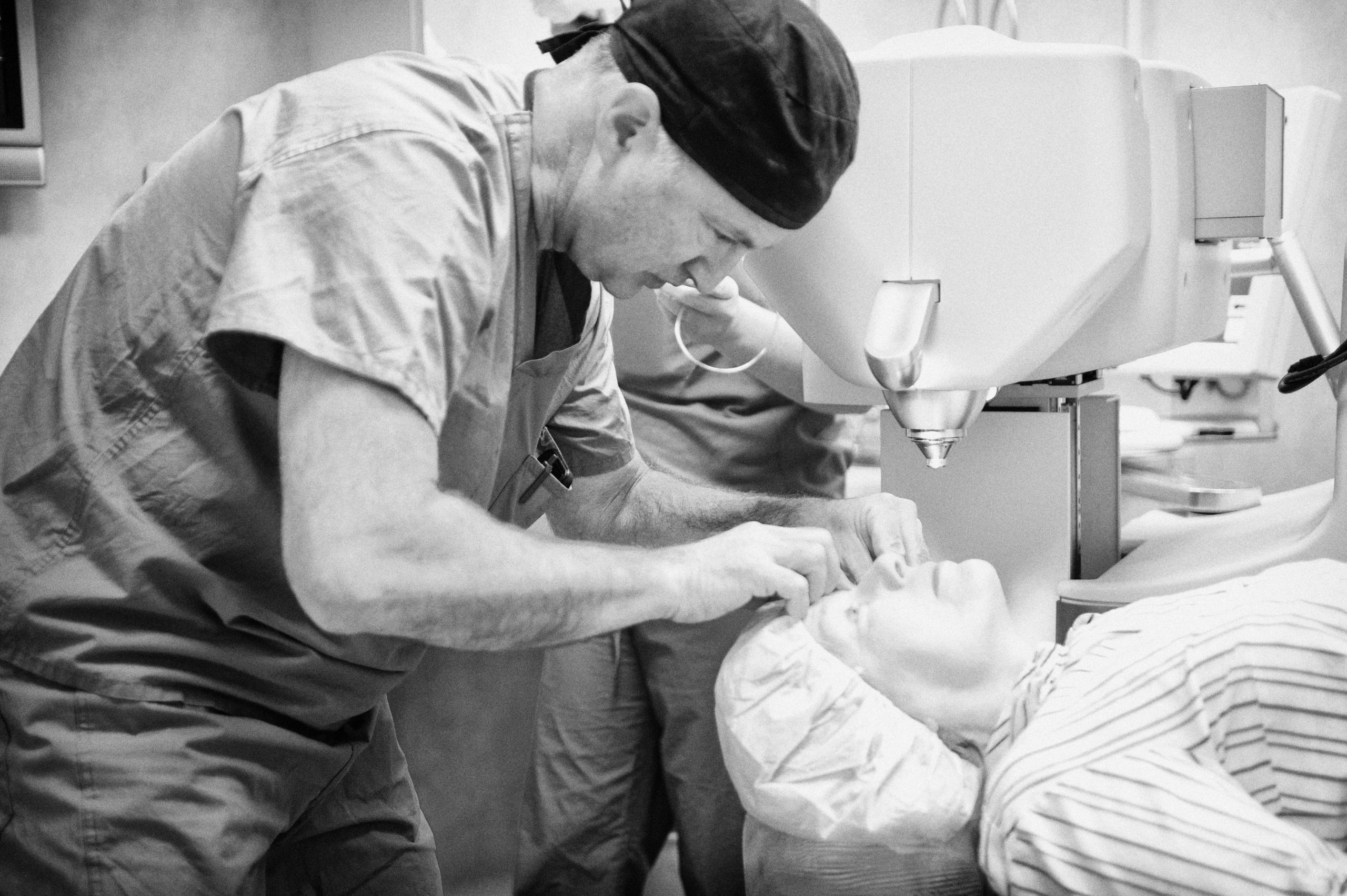 A new study has found a link between cataract surgery and an improvement in the symptoms of dementia patients.

For millions of people worldwide, cataract surgery restores vision and increases their quality of life through a relatively simple procedure. Now, new evidence is showing that the benefits of cataract surgery also help those patients with Alzheimer’s and dementia symptoms.

A cataract is the natural clouding of eye’s lens that occurs as a person ages. Seeing through a clouded lens can be comparable to looking through a frosty or fogged-up window. This can make things like reading, driving, or even determining facial expressions much more difficult. Cataracts usually develop slowly, and symptoms can include blurred or dim vision, increased sensitivity to light, fading of colors, and double vision.

During cataract surgery, the clouded lens is removed and replaced with a new artificial lens. The surgery is usually an outpatient procedure with a relatively quick recovery.

Even better, a new study has shown evidence that cataract surgery provides a variety of benefits for people suffering from dementia. The greatest risk factor for dementia is age, and because cataracts form later in life as part of the aging process, the two conditions have a significant overlap.

Symptoms of dementia can include memory loss, difficulty with coordination and motor skills, disorientation, and difficulty communicating.

Poor vision due to cataracts can compound many of these symptoms, and the study suggests that improving vision through cataract surgery may help to alleviate them.

The study involved twenty dementia patients who underwent cataract surgery, and a control group of eight patients who did not receive the surgery. The study then examined the dementia symptoms of the patients six months later.

Researchers found that the group that received the cataract surgery had significantly improved vision, a slower decline in memory and thinking skills, and showed greater behavioral improvements than those in the control group. This was in addition to an improved quality of life reported by the caregivers of the patients who underwent cataract surgery.

The study is scheduled to be presented at the Alzheimer’s Association’s annual meeting in Copenhagen, Denmark. The results of the study need to be tested further in a larger group, but the initial evidence suggests that increasing the sensory abilities of patients with dementia provides a great deal of benefit to the patients and their caregivers.

Many times the argument is made that putting a dementia patient through a surgery or medical procedure is not worth it, or that it will cause undue stress, but this study shows that a thoughtful approach to healthcare for patients can be extremely beneficial. Because cataract surgery is such a relatively simple procedure, the benefits may greatly outweigh the risks in this case.

The results of the study point to cataract surgery as a boon for those suffering from Alzheimer’s and other forms of dementia. However, dementia patients are not the only ones who can benefit from the increased quality of life that cataract surgery provides.

If you or a loved one are suffering from cataracts, contact us today to talk about your options with our trained eye experts.