Annoyed By Red Eye In Photos? It May End Up Saving Your Vision!

While you can reduce red eye in photos, this side effect my alert you to possible vision problems.

In this generation, cell phones and digital cameras have become the norm for capturing your most memorable moments forever. And while these modern-day devices certainly have their advantages—smile detectors, auto-focus, lens flare reduction, etc.—they can also still produce many long-time photo blunders, such as blurred images or red eye.

For those of you who have ever tried to painstakingly remove red eye from one pair of eyes in an otherwise perfect family photo, you may have wondered to yourself what exactly it was that caused this somewhat-demonic look in one of your family member’s eyes. Why does red eye occur in photos at all? Why does it sometimes not affect everyone in the photo? 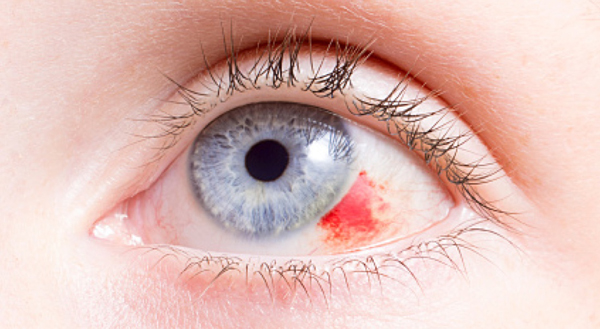 Why Does Red Eye Occur?

The reason red eye sometimes only occurs in a set few pairs of eyes in photos all depends on the angle of the eyes in the photo. When you take a picture using a flash and someone is looking into the camera (or into the flash rather) as soon as it goes off, light travels through the subjects eyes and reflects back off the retina and back out through the pupil. Because the shutter of the camera opens and closes so quickly, the captured image is usually that of the light reflecting back out of the eye. However, if someone was looking off to the side of the image or not directly at the light when the flash went off, they may not show red eye.

The reason why the color reflected is red in red-eye photos, rather than the white color of the flash, is because the fundus (interior surface of the eye) contains a brownish-reddish pigment called melanin, and you are seeing the reflection of it in your image.

Luckily, eliminating red eye has become easier than ever for this generation. Many cameras now feature a “red eye reduction” setting that causes a flash to go off before the photo is actually taken. This causes the pupil to contract and let less light in when the actual photo flash goes off. Also, if you position yourself further from the camera or not directly in front of the camera, you can help reduce the glare of red eye.

Does Red Eye Mean You Have Vision Problems?

While having red eye regularly in photos does not mean that anything may be wrong with your vision, a strange glow in the eyes similar to red eye that shows up in flash photos may be a warning sign of something more.

As one mother of a 3-year-old daughter recently found out, this discovery and investigation of a strange yellow eye glow in photos actually uncovered a dangerous vision disease in her daughter after her two observant friends encouraged her to get the symptom checked out.

“They said, ‘Hey, I’m sure it’s nothing. It’s probably the lighting, but your daughter’s eye is glowing and you might want to have it checked out because it’s a sign there could be an issue with her eye,’” Tara Taylor of Tennessee told WREG Memphis. It turned out that her daughter Rylee suffered from a common vision disease called Coats Disease.

“Anything that happens in the retina will alter that red reflex, or ‘red eye,’ which is a reflex from the back of the retina,” Dr. Jorge Calzada tells Yahoo Shine. While Rylee’s right eye did have the typical red eye, the left eye had a larger, more yellowish glow to it, because “she had a scar in the back part of her eye,” says Calzado, the ophthalmologist specializing in retinal surgery who diagnosed Rylee at the Charles Retina Institute.

Coats disease, which involves the abnormal development of the blood vessels behind the retina, can be a serious vision problem that leads to other issues such as retinal swelling and vision loss. Therefore, it is lucky that Rylee caught this problem early, and it is important that other patients with similar symptoms do the same.

If you see an odd reflection in your family photos, or even a lack of red reflex, you should contact your eye doctor to undergo a comprehensive eye examination today. Dr. Cary M. Silverman, M.D., and his team of experienced eye care professionals can help further explain common vision symptoms you should be on the lookout for, as well as set you up with routine eye examination appointments so you are always prepared against common vision ailments. Therefore, contact OCLI today!