Spreading word about these startling glaucoma facts throughout January.

All month long at OCLI, we will be educating our readers about all things glaucoma in honor of January’s National Glaucoma Awareness Month. Not only will we be diving deep into the causes of this dangerous disease, as well as what you can do early on to help prevent glaucoma, but we will be also be talking in depth about the different treatments and research studies surrounding this common vision disease. 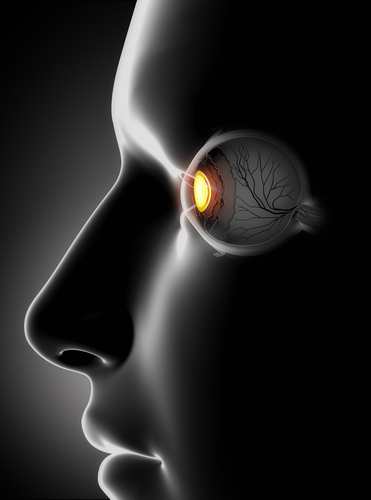 However, to get started with this complex and intricate topic, we first wanted to kick off Glaucoma Awareness Month with some of the most common and often startling facts and statistics about glaucoma. Read on to learn more, and be sure to stay tuned all throughout January for more about this common vision problem.

1. Glaucoma is a leading cause of blindness throughout the world.

It is estimated that over 2.2 million Americans alone have glaucoma, with only half of those people knowing that they have it. Globally, over 60 million people suffered from glaucoma in 2010. Given the world’s rapidly aging population, this number may increase to almost 80 million by the year 2020.

In America, more than 120,000 people are blind due to glaucoma, making up 9-12% of all cases of blindness. While blindness typically occurs when glaucoma is left untreated, approximately 10% of people who have glaucoma AND receive proper treatment may still experience a loss of vision.

3. There is no known cure for glaucoma.

Once vision has been lost due to glaucoma, there is no way for it to be regained, and there is no way to cure it. However, if caught early, medication and surgery can both be useful towards halting further vision loss. Therefore, early detection through regular eye examinations are your best defense against this damaging disease.

4. There may also be no warning symptoms if you develop glaucoma.

There are a few different forms of glaucoma, with open-angle glaucoma being the most common form. However, in this type of glaucoma, there are virtually no symptoms until it is too late and vision is significantly lost. You may notice some minor vision loss in your peripheral or side vision, but people typically compensate by turning their head to the side, rather than recognizing this vision loss as a sign of glaucoma.

5. Glaucoma does not exclude anyone.

Nearly everyone is at risk for glaucoma, from infants to seniors to those with perfect vision. While older people are generally at a higher risk, 1 out of every 10,000 babies in the U.S. are actually born with glaucoma. African Americans are also 15 times more likely to be visually impaired from glaucoma than Caucasians, and the disease is also more common in African Americans.

To learn more about how glaucoma is caused and what you can do to prevent it before it becomes too late, be sure to stay tuned to the OCLI all throughout January for National Glaucoma Awareness Month!